Blast Off The School Magazine – An Eggspensive Venture 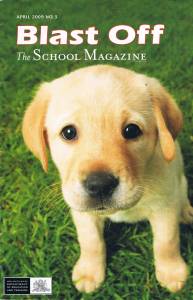 An Eggspensive Venture was the first short story of mine ever published! It’s an eggasperatingly funny tale about a boy named Charlie, a handful of errant chooks and a mean old bird (aka Mrs Orlando) who won’t pay up. Stephen Axelsen provided the wonderfully whacky illustrations.